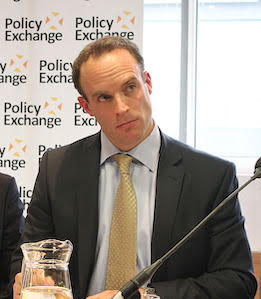 Visiting Australia, Japan, Singapore and Malaysia, Raab was well received by all – each country sensing economic opportunity to be had from his visit. Raab himself sought to play on Britain’s historical ties to these countries in order to facilitate this reconnection with them. 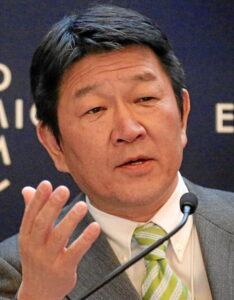 In his meeting with Foreign Minister Toshimitsu Motegi in Tokyo, Raab emphasised the importance of Japan’s market size and its centrality in the Indo-Pacific region. Both agreed to seek an ‘ambitious, high standard trade accord,’ similar to Japan’s agreement with the European Union. Prior to his Japan visit, while in Australia Raab had commented that the UK was ‘ready to reinvigorate our ties with old friends’ and called Australia ‘a natural partner’.

While economic connections are undoubtedly important, there was one aspect to Britain’s ‘self-liberation’ from the EU which has not come to the fore – security.

Here it is not simply about enhancing Britain’s defence export and import regime, though this will no doubt be part of reorientating the country’s overall security posture.  Creating new security relationships will strengthen Britain’s independent role in the world, without sacrificing its existing ties to either the US or NATO. Indeed, a relationship that can be both innovative and yet complementary to these ties.

For this to occur, London has to select allies that themselves are complementary to the UK’s existing strategic role and culture. Among the countries that Raab visited, two clearly fit the bill perfectly: Australia and Japan. Australia because of its former status as a Dominion of the British Empire and Japan because of a long tradition of amity and shared values: Britain’s Royal Navy formed the template for the creation of the modern Japanese Navy during the Meiji Restoration and the Anglo-Japanese Alliance of 1902-23.

In a global strategic environment where the United States under President Trump  is demanding its allies to do more for their own defence and security and where the long-established security consensus no longer seems to fit the current environment, the Indo-Pacific is becoming a region of more acute security issues – here we argue that a ‘UK, Australia, Japan’ (UKAJ) security ‘soft alliance’ would greatly assist the US in shoring up shared strategic values and interests in the Atlantic-Indo-Pacific maritime space. This troika’s military forces are highly interoperable, sharing a lot of American military technologies, operational doctrine and logistic supply chains. Growing bilateral security ties between Britain and Japan, Japan and Australia and Britain and Australia make for a compelling case that these countries pool together their respective experiences, resources, kinetic and non-kinetic capabilities.

The purpose of this new alliance structure would be essentially to work in partnership with the United States and other like-minded countries in freedom of navigation operations (FONOPs) in the Atlantic-Indo-Pacific whereby British, Australian and Japanese assets can be more properly co-ordinated, shared and deployed wherever necessary in a timely manner, and provide a positive presence in the region for humanitarian and disaster relief in the face of a global pandemic, changing climate and rising seas.

Such a structure would also enable the Troika to explore new and novel ways of cooperation among themselves to create an independent strategic role, hedging against the possible increase of American global retrenchment while also pushing back against more assertive Chinese and Russian naval manoeuvres in or near critical international maritime chokepoints and areas of contention. And, in a new strategic environment where complex ‘grey zone’ threats are increasing, a small collective where each country minds its own resource limitations, might be expected to formulate innovative approaches to common security dilemmas out of shear necessity.

All three countries in this proposed trilateral security network are currently dealing with anxieties due to old strategic certainties unravelling.

The post-war US order is no longer as strong as it once was. The biggest stakeholder, the US, is itself divided over preserving the alliance relationships as they are or redefining them, so allies are not as dependent on promises of US military support for their sovereign defence and security needs.

Australia, Britain and Japan can each wait for the axe to drop and seek out independent solutions to their defence and security requirements, costing each country billions more to shore up their independent force structures. This is especially true during this time of COVID19 where the primary aim should be to alleviate the suffering of those afflicted by this disease as well as to find a way to eliminate it. Arguably Australia has already taken a step in the direction of creating an independent solution with the release of the 2020 Defence Update that promises to modernise and expand the size of Australia’s order of battle, especially with regard to semi-autonomous vehicles, aircraft and vessels. Or, all three countries could see the logic of deeper cooperation which would ultimately be a lesser economic burden for all and more effective in dealing with international uncertainties and shared concerns.

The beauty of such an arrangement is that it would not necessitate a great departure from each country’s existing security postures. The UK government has already committed the Royal Navy to operations into the Indo-Pacific as part of its emergence from Brexit as ‘Global Britain’ recommitting the British armed forces to operations East of Suez. The creation of two Royal Marine Littoral Response Groups, one focussing on the ‘High North’ Atlantic and the Mediterranean and the other in the Indo-Pacific, gives the UK more than just a token presence in either theatre. Neither of the other members of the Troika would expect Japan to rescind its public policy of supporting the post-World War II Peace Constitution, since overturning it would cause all sorts of political problems in Tokyo. But recent developments in Japan’s defence policy followed by the Japanese Self-Defense Forces’ (JSDF) improved and modernised force structure will allow it to cooperate more robustly[1] with countries in the collective defence of the Japanese home islands, including the disputed Senkaku islands in the East China Sea.

Over the past three decades successive Japanese governments have quietly eroded the absolute constraints on deploying Self-Defense Force units so that Tokyo can play a more active role in resolving international crises and supporting its principal ally’s objectives.

London and Canberra would need to work within these Japanese constraints. Unencumbered by Japan’s geographically set defensive posture, however, the combined maritime forces of Britain and Australia are powerful enough to support Japanese forces in case the Japanese home islands are ever threatened. Furthermore, and critical to this thought experiment is that Britain is a nuclear power and a member of the United Nations Security Council. British and Australian maritime forces with logistical and supply support from Japan, as well as the occasional deployment of a Japanese naval or air unit, could adequately cover many contingencies in the Indo-Pacific short of a major great power war, in which case the US (unless fully isolationist) would take the lead. 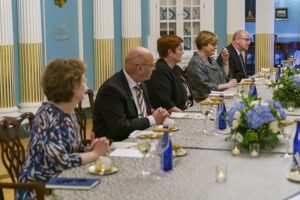 The year 2020 looks far less stable than 2019. The Indo-Pacific is at the international forefront of many critical security challenges. All Indo-Pacific states must contend with the People’s Republic – what it is currently doing to contain the outbreak of the coronavirus, how it is asserting itself in the South China Sea, how it is dealing with internal political dissent from East Turkestan to Hong Kong and how it is seeking to extend its strategic influence through commercial deals and, of course, through its Belt and Road Initiative.

All Indo-Pacific states also have to contend with the disruptions surrounding the rise of ‘America First’ and what that means for the US-led post World War II international order. For key American allies wanting to hold on to their existing relationship to Washington, the best way can only be through adapting to the times, and, to do so collectively and semi-independently from Washington, while at the same time not hurting Washington’s interests in the region.

From a wider strategic perspective a UKAJ alliance would see the creation of a maritime network with the following at its disposal: a combined strength of 6 aircraft carriers;[2] 37 submarines (incl. 4 RN SSBNs); an estimated 79 surface combatants (incl. amphibious warfare, destroyers, destroyer escorts and frigates and approximately 640 fighter planes.[3]

Running up-gunned, sovereign national security regimes can only add to each country’s economic burden at a time when burning through national fiscal resources would be the height of folly. And while the troika being proposed is not a ‘neat and tidy’ geographically or culturally centred grouping, meeting the criteria of ‘Asia’ or ‘Pacific’, it does meet the requirement of all being island-states and important maritime powers. In other words, a conceptualised and consequential ‘Oceanic’ grouping whose principal aim is to keep maritime-based trade free in cooperation with or independent from the direct involvement of US forces.

John Bruni is founder and CEO of SAGE International Australia (SIA); Purnendra Jain is Adjunct Professor in the Department of Asian Studies at the University of Adelaide & SIA’s Head of Research & Academic Development; Pat Tyrrell is a former Royal Navy officer and Chairman of the SIA Advisory Board & SIA’s Senior Non-resident Fellow Global & Maritime Security.

Note: Ideas for this strategic framework emerged through many discussions with our interlocutors in Australia, Japan and the UK while doing field research for a DOD-funded study on Indo-Pacific power dynamics. This concept was first published as an OpEd in The Japan News 23 February 2020, Tokyo with a long-form piece published in The Naval Review, Vol 108, Number 3 August 2020, London.

[1] For example, two of the JMSF’s ‘helicopter destroyers’ (i.e. small flat-top carriers) are being retrofitted to operate the F-35B STOVL; the JMSF now has an amphibious capability; a proportion of the JASF’s F-15s fleet will be modified to carry long range anti-ship missiles (LRASMs) and the Japanese government has committed itself to developing its own fleet of stealth fighter planes (F-3s).